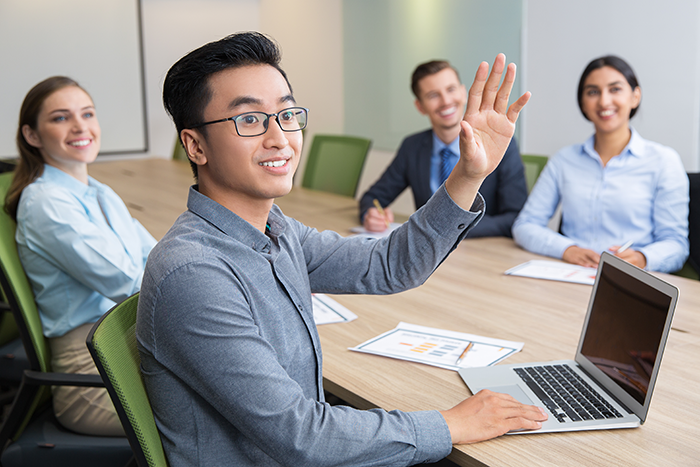 PistolStar is committed to keeping PortalGuard up to the standards of the industry and the people who use it. Back in March, we asked our loyal customers what they would like to see upgraded or added to PortalGuard. Straight from our customers feedback we made the following changes. Take a look!

PistolStar’s Account Management team starts sending license renewals 90 days prior to license expiration, but these communications typically go to an organization’s Accounts Payable department. This leaves the IT department out of the loop, but if they’re unaware of the notice and the license expires, they are left in scramble mode.

This new feature starts automatically emailing a configurable list of organization contacts when a PortalGuard server license is within 10 days of expiration. These emails are sent no more than once a day and the emails will stop once a license is more than 3 days past expiration. As a redundancy, licensecheck@portalguard.com is also CC-ed on these emails. Each PortalGuard server will send out independent license expiration warnings. *img-1 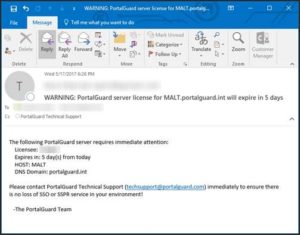 During CAS-based SSO, a primary user claim is always returned to the application server. The CAS protocol supports optional claims, but most applications that support CAS only utilize this primary <cas:user> value. Since the PortalGuard IdP added support for CAS, this primary claim value has always been the username as entered by the user during their login to PortalGuard. This can cause problems in environments where users can login both with a bare username or an email address.

3)            A substring of the resulting value can be returned by searching for a fixed string or returning a fixed number of characters.

When enabled, this new feature will read the user’s “pwdLastSet” Active Directory attribute when the user attempts any actions through PortalGuard and save into its own “LastPWChangeTime” user profile field. This “pwdLastSet” field is automatically updated when a user’s AD password is changed.

Since its inception, PortalGuard has had the ability to enforce password expiration. It uses a configurable expiration interval to accommodate organizations’ differing security policies. One problem with the implementation was that the expiration date was computed only when a password was changed. The resulting date was then saved in the “ExpirationDate” field of the PortalGuard user profile and was not updated until the next password change. While saving time and compute resources, this approach had the downside of not honoring subsequent changes to the Expiration Period in the PortalGuard Security Policy. This is not the expected behavior and it necessitated additional maintenance tasks around PortalGuard’s password expiration date.

The other critical setting to accomplish this has PortalGuard utilize the msDS-UserPasswordExpiryTimeComputed computed AD attribute. This is a virtual attribute that is computed when requested based on the user’s GPO. It fully supports AD’s “Fine-Grained” password policies and is the last step to ensuring PortalGuard’s prompts regarding password expiration align completely with Active Directory. This setting also fully supports both AD accounts whose passwords never expire and those whose passwords must be changed at the next login. The only caveat is that msDS-UserPasswordExpiryTimeComputed attribute is only available when AD is running at Windows 2008 functional level or higher. The new PortalGuard Security Policy setting also eliminates the need to manually keep PortalGuard’s “Expiration Interval” setting the same as AD’s “Maximum Password Age” GPO setting.

In conjunction with PortalGuard enforcing password expiration during user actions, sending automated email reminders to end-users whose passwords are due to expire soon is also recommended – see the Email Expiration Reminders section. The following enhancements have been made to this feature.

By default, the expiration reminder email feature blind-copies multiple users on the same email. Since the email is 'shared', user-specific attributes could not appear in the email. The new feature sends a single email to each recipient so the inclusion of user-specific data is now possible.

With this new feature, user-specific attributes like first name & account name will be read from AD at runtime. This option allows new attributes to be included in both the Subject and Body of the expiration reminder emails. The newly available user-specific placeholders/attributes are:

By default, emails are sent as text only. You can enable this new feature to better style and format the body of the message. External images and style sheets can be referenced in the HTML markup but be mindful that some email clients may not render HTML as expected.

PortalGuard now tracks and can report on Kerberos SSO activity in your LAN. Both successes and failures are logged in PortalGuard’s RBAEvents SQL table. A new report shows this activity in the Admin Dashboard Activity Reporting. img-2 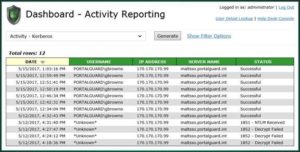 This data is also saved in the PortalGuard Windows Event Log if you are currently exporting its data to a SIEM: img-3 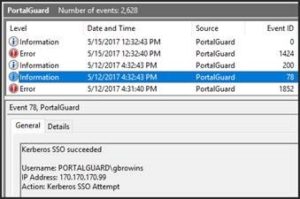 By default, the URLs contained in the PortalGuard IdP metadata echo the protocol, server name and port used to request it. For example, when metadata is requested using http://localhost/sso/metadata.ashx, then all URLs contained within in the generated metadata will start with http://localhost. Similarly, requesting the PG metadata using https://pg.acme.org:444/sso/metadata.ashx will cause all contained PG URLs to start with https://pg.acme.org:444. This behavior can be problematic when PortalGuard is behind proxy servers.

If you wish to have the PG server always use a fixed protocol, server name, and port in its metadata URLs, then that value can now be hard-coded in the General IdP Settings. The default behavior is still to echo the requesting protocol, server, and port.

The following improvements have been made to the Help Desk “Modify User” feature: 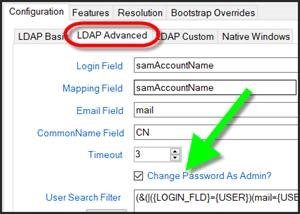 Previously, the AD account was only expired from the Help Desk action if PortalGuard’s Native Windows authentication feature was utilized.

NOTE: The “Challenge Answers (ALL)” entry has been slightly renamed, but it remains and still deletes both types of answers: img-5